He escaped a program designed to cure him. Instead, it left him near death with nothing to rely on but the generosity of a stranger. Hostile and headstrong, Blue needs a calmer influence to balance his fury. Someone to save him from himself.

Brady’s life was quiet and orderly until fate sent him a blue-eyed hurricane. Bursts of temper and flashes of despair batter his efforts to quiet the storm in a man he doubts he can tame, one drowning in the wreckage of his past.

With a head full of lies and a body full of scars, Blue works to rebuild his life with the help of a man determined to prove sometimes trust is worth the risk.

Blue features one of the most popular characters of the Saving Liam saga! Destined for greatness, he reveals the past that made him the scarred bad boy readers love. 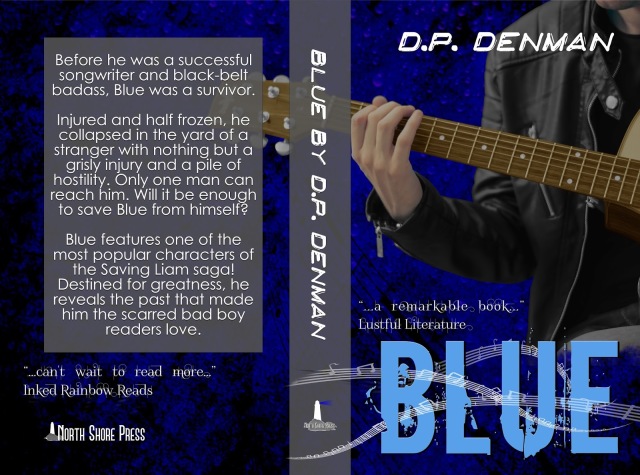 Blue folded arms across his chest, shoulder-length, dark hair framing his face, dangling in his eyes. The scowl returned with a distinct brooding quality.
“We’re talking about me being insane, and you waiting another few years while I get my head together,” Blue said. “You’re going to explode — or find someone else.”
“You’re too hot when you’re pouting for me to consider anyone else.”
“I’m not pouting.”
“Sulking?”
“I’m trying to be serious, and you’re being an ass.”
“No, you’re trying to create a problem where there isn’t one.” Brady got up from his chair. “I don’t mind waiting, though I doubt it will take years. Dr. Geist is too good at her job.”
“And what happens when you get tired of waiting anyway?”
He stepped to the edge of Blue’s exaggerated personal space. “I won’t.”
“Yes, you will.”
He saw the pain of imagined betrayal fluttering in Blue’s annoyance and stepped closer.
“I won’t get tired because this isn’t a game.” He caressed Blue’s cheek. “I love you, Cub. Unlike certain people in your past, that means something to me.”
The words slid out before he realized what he was saying and he gave himself a mental slap. He hadn’t wanted to admit that to Blue yet.
Blue blinked away the shimmer of tears. “Don’t say things you don’t mean.”
“I didn’t.”
“How can you say you love me? You barely know me,” Blue said.
“Why would you say that? We’ve spent close to eight months under the same roof. That’s plenty of time to get to know you.”
“You don’t know everything,” Blue said.
He smiled and took one of Blue’s hands. “Probably not, but I know more of your secrets than they ever did — and I’m still here, Jeremy.”
He’d never called Blue by his real name before and didn’t intend to do it again. Jeremy was dead, murdered by a sadist, but he was making a point. Blue was a new persona with a new life. He was happy to let him grow into it. That didn’t mean he didn’t remember the kid he used to be and what that kid had been through.
“Don’t call me that,” Blue said and pulled the hand from his grasp.
“My point is I know you as well as anyone and I still want you. If we take longer than some people to get to the part where you don’t sleep down the hall anymore, I guess that’s what happens.”
Blue swiped at his nose.
“Would it be too mushy to say I’m positive you’ll be worth the wait?” Brady asked.
“God, yes.” Blue rolled his eyes and marched toward the door. “I’m going to find a Kleenex.”
Brady smiled after him. 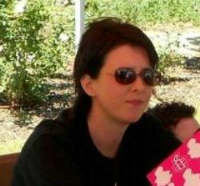 Award winning author DP Denman writes character-driven contemporary romance about gay men. Her stories are real and intense, but resolve in endings that make people want to read the book all over again. She lives among the moss and trees of the Pacific Northwest with a rambunctious pair of fur babies.
In her spare time, she is a dedicated LGBTQIA rights activist with a special focus on the thousands of rejected and abandoned kids who end up on the street every year. To support the cause, 25% of the royalties from every book go to LGBT charities. 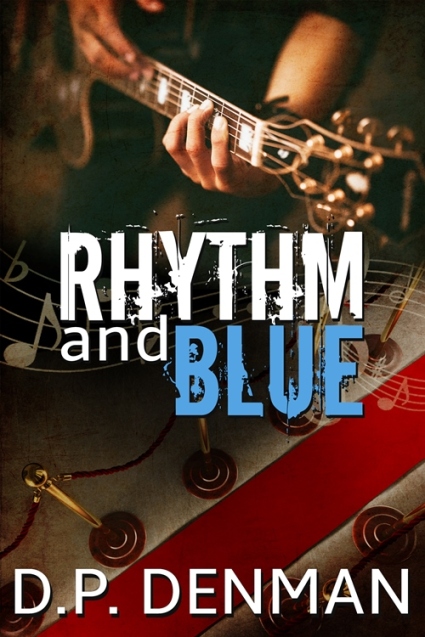 Here is what I read